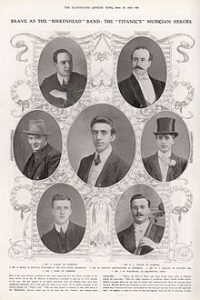 There’s a library bond (Measure 10-145) on the ballot this year in mostly white, mostly poor, rural Douglas County, Oregon (population 107,000.) If the measure doesn’t pass, the ten branches of the local public library system will shut down for good.

In many communities, the public library system is one of the sacred cows of local government. But in Douglas County, things are different. In a willful assault on the cultural well-being of citizens of all ages, elected representatives have actively conspired to shut down a library system that circulates 500,000 items each year.

Can Douglas County afford the inevitable price it will pay as a county without a public library system – a county of citizens who will never be as worldly, well-educated or well-read as their neighbors in neighboring counties?

This year, Roseburg Fire Products, a large manufacturer with 3,000 employees across the USA, moved its Douglas County operation and 85 corporate employees north to Lane County. The company stated, “a location with access to a broader pool of professional employees … is needed for the long-term growth of the company.”

This is the sort of brain-drain Douglas County can ill afford. It’s easy to forget that every time you close a library, twenty years later, you have to build a new jail. As author Jane Kirkpatrick noted, “children exposed to literacy and books before they enter school through family literacy are more likely to graduate from high school, hold down good jobs, be good citizens who never encounter police.”

This effort to euthanize the library via the electorate will likely come as a surprise to families in Sutherlin, Oregon (population 7,810). Library patrons there are largely unaware of Measure 10-145. In fact, it’s not even on their ballot. The Sutherlin city counsel members, in a devious but nevertheless legal act or trickery, voted to prevent Measure 10-145 from appearing on the local ballot.

In October, I performed a series of children’s concerts in half a dozen branches in the Douglas County Public Library System; possibly the last concerts that will ever be performed in these branch libraries. The parents and small children in the audience sang and laughed, and were having such a good time, I hadn’t the heart to spoil the fun by talking about Measure 10-145 and the consequences of its failing to pass. Besides, the librarians at every branch displayed such brave faces and calm nerves, in the face of impending doom, I felt I had to follow their lead. Well they know their days of employment may be numbered, but their smiles and cheerful demeanors betray any trace of fear.

Now, I think I have a better idea of how the eight musicians on the Titanic felt on that April night, long ago. After the ship hit an iceberg and began to sink, they remained at their posts and did their jobs. They played music, intending to calm the passengers, for as long as they possibly could, and all ultimately, went down with the ship.

Many of the survivors of the Titanic disaster said that the band continued to play until the very end. One second class passenger recalled, “Many brave things were done that night, but none were more brave than those done by men playing minute after minute as the ship settled quietly lower and lower in the sea. The music they played served alike as their own immortal requiem and their right to be recalled on the scrolls of undying fame.”

Categories: Libraries.
« The Song of the Century
Better to Fail in Originality than to Succeed in Imitation? »