Herman Melville once wrote, “It is better to fail in originality than to succeed in imitation.” And he knew what he was talking about. 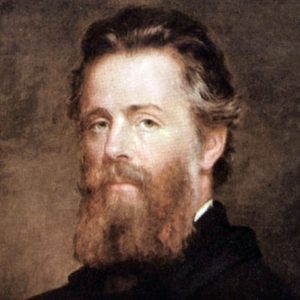 Though Moby Dick is now considered one of the greatest works of American literature, the critics panned it when it was first published in 1851. Fewer than 3,500 copies were sold during Melville’s life. The product of a year and a half of writing, the book draws on Melville’s experience at sea and on his reading of whaling literature. An unsuccessful poet, in later life financial troubles forced Melville to take a position as a customs inspector. He died in 1891. Three decades after his death – at the centennial of his birth – critics discovered his work and thus began the “Melville Revival.” Moby Dick has never been out-of-print since.

A prophet is not without honor, except in his hometown. As a professional entertainer, I have found it nearly impossible to book concerts close to home. Local venue operators have repeatedly told me, “If we book a local performer like you, there won’t be anyone in the audience.” Deprived of the opportunity to prove them wrong, I make the bulk of my living performing on the other side of the continent, in the Central and Eastern time zones.

In August, one of the local wineries here in Douglas County, Oregon, presented a Johnny Cash impersonator, live in concert. Although I didn’t attend the show, it brought to mind Melville’s old adage, “It is better to fail in originality than to succeed in imitation.” I heard from neighbors that the performer was quite good and that they had a terrific turnout for his concert. Perhaps Melville was wrong.

The following month, I performed at the Walnut Valley Festival in Winfield, Kansas (2,000 miles from home) and, on the drive back, I played a fundraising concert for the Friends of the Madison County Library in Montana. The show was well publicized but, as sometimes happens in this trade, fewer than 20 people attended the concert.

After the show, the President of the Friends of the Library group expressed her disappointment at the small turnout. “I expected more people!” she told me. “Last time we did this we had two-hundred people!”

“Two-hundred people?” I said, “That’s a big crowd. Who performed?”

She replied, “a Johnny Cash impersonator.”

Categories: Concerts and Festivals.
« And the Band Played On
Tragedy and Performance: Will The Circle Be Unbroken? »