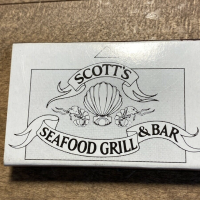 When I worked for James Productions in San Francisco, many of the advertisers for whom we made TV commercials were based in the Midwest. It was an ongoing chore, job after job, driving around in Boyd’s white Jeep Cherokee, searching the San Francisco Bay Area for filming locations that could pass for being in the Midwest. But Boyd hated long drives and sitting in traffic – so much so that he developed a remarkable knack for only selecting locations north of the Golden Gate Bridge, close to his home in San Rafael. A day of scouting locations with Boyd was so routine that several of location scouts who worked with us, told me stories that corroborated my own personal experiences. The day would invariably go something like this: They’d spend the morning driving around, checking out prospective locations, with Boyd finding insurmountable problems with every site they visited. Around one Continue Reading 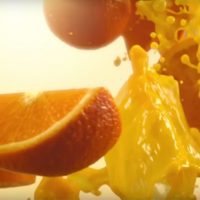 Table-top cinematography is a specialized genre of TV commercials – a kind of food pornography – featuring up-close and intimate, ultra-glamour shots that make you want to eat what you see. “I make my living basically taking food and painting a reality with it,” Michael Somoroff, a tabletop director with MacGuffins Films in New York, told the New York Times. “And if I succeed in a given moment, you’re going to go buy that dish because you’re going to identify with the experience we’ve created. To do that with something as banal as food is the challenge. I mean, it’s easy to go out and shoot a beautiful sunset or a beautiful girl. They’re beautiful, O.K.?” For many of these advertisers, the tv commercials are so essential to their corporate survival, that they can’t stay in business without them. “If you come off television, when your sales dip, it takes Continue Reading 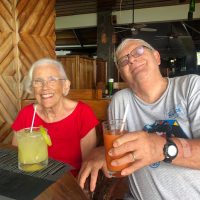 In the 1960s, one of the guys who worked for Bill Maley’s Film Producers Services in San Rafael, California, was a young Midwesterner named James Theodore Mansen. Bill Maley was ten years older than Jim. Jim was Bill’s protege, then his producer, and later his soundman. If truth be told, Bill Maley had acquired a reputation for being a somewhat unscrupulous businessman. I’d heard reports that Bill’s insurance was often substandard, or that he was uninsured – or that he sometimes didn’t report his jobs to local 16, so he could pocket the pension and welfare contribution. One crew member described Bill Maley’s business habits as “screwy” and “suspect.” Others confided that he “didn’t pay his bills.” When people were hired to work on a job and they learned that Bill Maley was handling the payroll, they sometimes asked to be paid in advance. His reputation preceded him. “You never Continue Reading 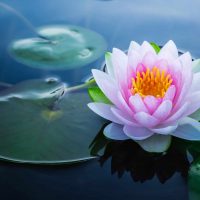 In November of 1987, I worked as an assistant to the tv commercial art director, Barry Gelber, on a spot for the Caesar’s Palace casino in Las Vegas. The concept for the commercial involved an ancient Egyptian costume drama in which Cleopatra floats a freshly cut lotus flower onto the surface of a pond. Then – without an edit – the same flower is lifted out of the water by a 20th-century Las Vegas showgirl, as the camera pulls back to reveal the interior of the Caesar’s Palace casino. For the film crew, this was a location, not a vacation. There was little time for drinking, gambling, or floor shows. We stayed in the fancy hotel rooms on the top floors of the casino. When we finished our workday, we dined in the hotel restaurant in the casino downstairs. On my way to bed, passing through the casino to the Continue Reading 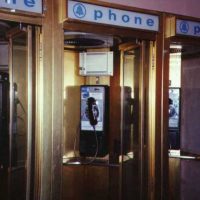 In the 1980s, before cellular telephones became commonplace, at the end of the shoot day, I would take tomorrow’s call sheet and half a dozen rolls of quarters, and park myself for several hours in a chair in front of a pay phone in the hotel lobby. I would proceed to call each crew member and inform them of their call time for the next day. And often, when I finished my fifty phone calls, the first assistant director would walk down to the lobby and hand me a revised call sheet with different call times. And I’d make the fifty calls again. My father was a first-generation American and career labor lawyer. He had a remarkable memory which served him well as an attorney. I inherited his gift for memorization and recollection. In that time before the internet and computers, my ability to quickly memorize and recall, proved to Continue Reading 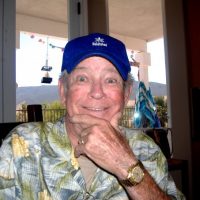 I had the pleasure of working with Bill Maley late in his career, after he had been in the film business for more than three decades. I started hiring him as a gaffer in the late 1980s, when he was approaching the age of sixty. With a twinkle in his eye and a cigarette between his thin lips, Bill Maley was a veritable leprechaun of a man – of almost stereotypical Irish American extraction, and practically a caricature of himself. At this time, Bill wasn’t getting called for as many jobs as he had in the old days. A younger generation of gaffers (including his own son, Mike) were getting those calls now – largely because Bill Maley was, simply put, a “high-maintenance” crew member. “Bill Maley was as hard as friggin’ nails,” one local freelance cameraman admitted. “He had a real edge to him. And he was simply vicious Continue Reading 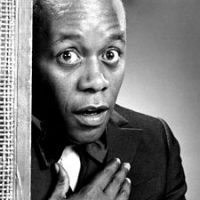 Stewart Barbee’s family moved from Portsmouth, Virginia, to Encino, California, north of Los Angeles, in the early 1950s. The San Fernando Valley was still considered “the country” in those days ­– wide open spaces, citrus orchards, and farmland. The Barbees lived in a classic ranch style house. Encino was a movie town populated by people who worked in the film business. Stewart and his two brothers found themselves the classmates of the sons and daughters of writers, directors, producers, and actor “My very first day of school and Encino grammar school, a young red-headed kid came up to me before they even the first bell rang for class, and he said, ‘My dad is Roy Rogers.'” Stewart didn’t believe him. “Oh yeah?” he said facetiously, “My daddy’s Hopalong Cassidy!’ And the boy said, “No he isn’t.” And Stewart said, “Yes, he is!” And the boys argued back and forth. “Then Continue Reading 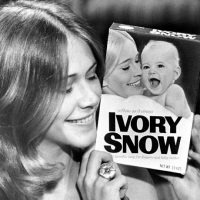 Born in 1943, Jonathan Thebolt Fontana was a triple-threat all-star athlete in basketball, football, and track, at Washington High School in Antioch, California. His sister, Mary Ellen, was the best all-around female athlete. Jon Guterres, who also attend this high school, remembered that Fontana, who was two years older, was “very cool and very low-key.” Jim and Artie Mitchell – who would later make a name for themselves in the world of pornography – also attended this high school. They were also big fans of all-star Jon Fontana. They all came out of Antioch High School. In college, Jon Fontana, a thoughtful, articulate, and insightful young man, got a degree in philosophy before serving in the U.S. Navy in the early 1960s. In the early 1970s, with no previous film experience, he was working as a producer for his former school chums, the Mitchell Brothers, at their notorious O’Farrell Theater, Continue Reading 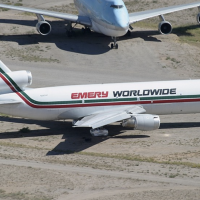 The Sea of Knowledge – Chapter Nine

In January of 1986, I was employed as a production assistant in Los Angeles, on a TV commercial for the international expediter Emery Worldwide. The commercial was directed by Joseph C. Hanwright. Although his name is not well-known today, Joe Hanwright was a talented director/cameraman who pioneered a genre of television commercials that was widely copied in the days before the internet: exciting, patriotic, big budget spots for beer manufacturers, with many quick edits, featuring trucks and truck drivers rolling their rigs, coast to coast across America. The same basic idea was recreated in this thirty-second commercial, to demonstrate that Emery Worldwide delivered to every location in every country, in every kind of vehicle. The pitch was, “With Emery, it’s as good as there,” and they used a country-western flavored song with corny lyrics to drive this message home. Hanwright’s producer was a young woman with products in her hair Continue Reading 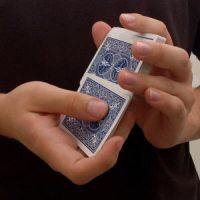 MacGuffin Films was a commercial production company from Manhattan that frequently shot commercials on the West Coast. I worked for them a several times as a production coordinator and on each job, they’d paid me my rate of $400 a day. A few months later they sent a new producer to San Francisco, who was a borderline sociopath. He looked me in the eye told me sincerely that “the budget was so tight,” they could only afford to pay me $350 a day. This production company had hired me more than once, they seemed like my work, and they’d previously had no trouble paying me my rate of $400. Remembering that the fish stinks from the head, I dashed off an eloquent one-page letter of protest, addressed to no one in particular, and faxed it to the MacGuffin Films headquarters in New York City. My father was a lawyer and Continue Reading