Where the Mountains Hold Back the Sea 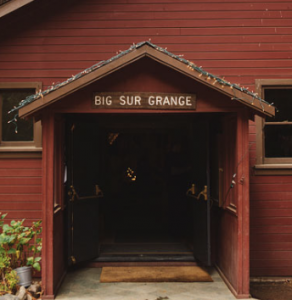 My earliest memory of Big Sur is the time my mother drove my brother and me down the coast in her new white 1970 Volvo station-wagon, to the home of Bill Pentony who lived on the Big Sur coast, and whose house had access to a private beach.

Dr. Rex Whitworth, my pediatrician, was there with his son, Chris, who was my classmate in Mr. Hayes’ fifth-grade class at Forest Grove Elementary School. Jud Vandevere – known locally as “Mr. Sea Otter” – was there with his wife Joyce, their son Keith, and his little sister, Gwen. The kids swam in the cold Pacific surf until dinner time with the few adults who would brave the frigid seawater.

After dinner we attended a performance by folksinger Sam Hinton at the Big Sur Grange Hall. I recognized Mr. Hinton as one of the adults who had been swimming with us on the beach that afternoon. 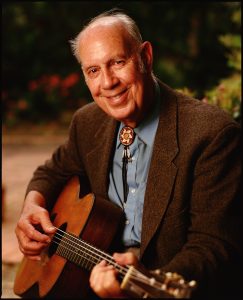 The concert was a seminal experience for me. Sam Hinton played guitar and harmonica and sang wonderful American folksongs and my mother purchased two of his Folksways Records recordings.

Sam would become one of my greatest musical influences and later in life, we developed a close friendship. In fact, the very guitar that Sam played that night at the Big Sur Grange Hall fifty years ago – a 1935 archtop Washburn Colegiate – is here in my studio, next to my desk as I write these words.

After the concert was over, Keith Vandevere rode home in the back seat with my brother and I. The coast highway is long and winding and the drive home took an hour. There were no streetlights and it was a moonless night. 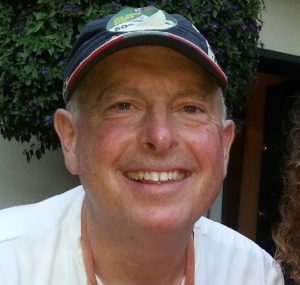 Keith chose this moment to tell a ghost story, which I later learned was a staple of Mark Twain’s performance repertoire, called “The Golden Arm:”

There was a man who had a prosthetic golden arm. He had requested that it be buried with him after his death. But his greedy wife kept the golden arm and had him entombed without it. Several days later, in the middle of the night, there came a knocking on her front door. She knew it was her husband’s ghost.

At this point in the story, I was too frightened to breathe. Keith continued, screaming, “I want my golden arm!”

For a week, I was too frightened to sleep. 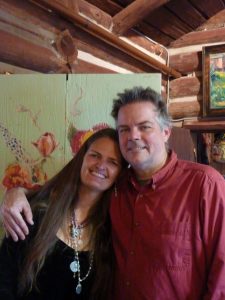 In the 1980s, I visited my childhood friend, the fifth-generation California fine artist, Erin Lee Gafill, and her husband Tom Birmingham, at their home in Big Sur. They live in the old redwood log Trails Club cabin in Mule Canyon, built by Sam Trotter, a century ago. There, in the living room by the iron woodstove, where Erin’s grandparents once lived, I heard stories about the early residents of Big Sur.

Though we haven’t been close since boyhood, we have remained in contact. Keith knows everybody in town. He’s my go-to guy for questions about peninsula history.

For decades, I worked as an itinerant folksinger and storyteller. In those days, I travelled 70,000 miles a year. My life was a series of countdowns: how many days until I return home; how many days until I leave home, again. There wasn’t much time for writing, and when there was, it was a series of deadlines for abbreviated blogs, artist biographies, press releases, client correspondences, or workshop descriptions.

In March 2020, the COVID-19 pandemic grounded me, granting me an unforeseen sabbatical. In the year I was home – my first without travel since 1981 – I found that I finally had the time to research and write about the history and folklore of Big Sur, a subject which had long been an interest of mine. Ironically, the archives of the Big Sur Historical Society, and those of practically all public and university libraries, were closed because of the pandemic.

Though we both attended Pacific Grove public schools, I never met Jeff Norman. He was about a decade older than me. His family moved to Pacific Grove when Jeff was ten years old.

When I was a teenager, Jeff’s articles about the history, wildlife, and culture of Big Sur were regularly published in local newspapers. He was a quiet, sweet, and inconspicuous man who conducted lengthy interviews with every living old-timer on the south coast. As a consulting biologist, cultural historian, and author, Jeff was fiercely protective of the biological habitats and the social culture of Big Sur.

Consequently, I always expected that Jeff Norman would author a book about Big Sur history and folklore. No one was better qualified to write it. At the age of fifty-six, Jeff underwent heart surgery. He never recovered and died on Halloween in 2007.

Jeff was unquestionably the pre-eminent Big Sur historian of his generation. His untimely and unexpected death was a tragedy for family and friends, as well as all future historians. 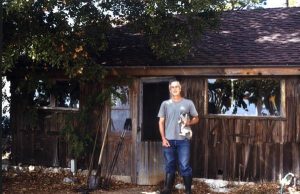 Jeff Norman stands in front of  his 700-square foot cabin in the Big Sur highlands, holding his cat.

When I wrote to Keith Vandevere, inquiring about the repository of Jeff Norman’s academic files and research, he explained:

“Sadly, Jeff left few meaningful papers and notes. It was nearly all in his head and he took an enormous amount of lore with him when he died.

“He was planning to write a book on Big Sur history and had interviewed numerous people – many no longer living. The problem is that his memory was so good that he didn’t take a lot of notes. Pretty much everything was still in his head

“I removed some of the most obviously valuable stuff from Jeff’s cabin in Big Sur. Robinson Jeffers first editions, and some of the least valuable like old paperbacks and magazines. But I left so many things of historical importance, which later burned up in the Basin Complex Fire, in 2008. Stuff like Roje Castro’s silver inlayed bit – the part of the bridle inserted in the horse’s mouth – it’s now a molten blob.

“I have nearly all of Jeff’s surviving stuff in boxes in my closet, but there are some missing pieces. He was staying with a friend when he died and had some things there. She said there were no files of interest on his computer and that other missing things couldn’t be found among what he left there. And then she died. It’s all gone now.” 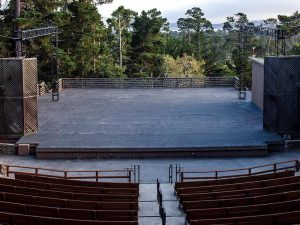 The Forest Theater at Mountain View and Santa Rita Streets in Carmel, California

In 1978, the summer of my seventeenth year, I worked as the stage manager of a community theater production of John Steinbeck’s Of Mice and Men, at the historic outdoor Forest Theater in Carmel, California. One sunny afternoon during the construction of the set, a young man with long hair and a beard came hiking up the driveway, carrying a heavy backpack. I watched as he ascended the stairs to the stage. Apparently, he’d traveled a great distance.

“Are you Adam Miller?” he asked hopefully. I told him that I was. With great expectation, he asked, “Are you Henry Miller’s grandson?”

I told him that I was not.

His disappointment was palpable. I said that it was a simple case of mistaken identity.

He explained that he’d been told that I was the grandson of the famous author, who, at that time, was still alive and living in Pacific Palisades, California.

I said that I was sorry I couldn’t help him, and that “Miller” was a pretty common last name. I did not tell him that he wasn’t the first person who’d shown up at the Forest Theater on a quest to find Henry Miller. Nor would he be the last.

Undaunted, he asked me for directions to Big Sur, a place that Henry Miller had lived and had helped make famous through his memoir, Big Sur and the Oranges of Hieronymus Bosch.

I was tempted to say, “Just head south on Highway One, until you’re there.” But that wouldn’t have been terribly helpful. In truth, it’s easy to drive right through Big Sur and not realize it, until its miles behind you. 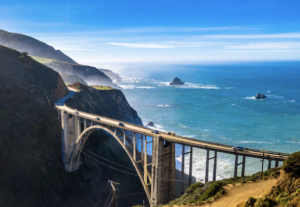 Although clearly marked on the map, Big Sur is an ephemeral destination. To begin with, there is no town of Big Sur, or even a town at all – just the occasional restaurant, beach, park, resort, or scenic outlook.

The seventy-one miles of coastline between Malpaso Creek to the north, and San Carpoforo Creek to the south, perhaps the most geographically extreme section of shoreline in the state of California is often referred to colloquially and all-inclusively as “Big Sur.”

At the western-most edge of the North American continent, the Santa Lucia Mountains rise abruptly out of the Pacific Ocean, with extreme verticality, never more than eleven miles from the coast. Coastal terraces are practically non-existent in this region and the continental shelf is unusually narrow. Peaks nearly a mile-high tower only a couple of miles from the beach, creating one of the steepest coastal slopes in the contiguous United States.

There are seven distinct plant communities in the Santa Lucia Range, ranging from lush, cool, moist, and foggy redwood forest to steep, dry, rocky slopes covered in chaparral. Temperately located at the 36th parallel, Big Sur is midway between the moister woodlands to the north, and the drier terrain to the south, resulting in the co-occurrence of both northern species and southern species found nowhere else. 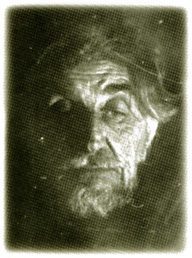 La Costa del Sur, by the linguist and novelist Jaime de Angulo’s, published in A Jaime de Angulo Reader, begins with a description of the Big Sur country:

“You never saw such a landscape! I did not imagine it was possible … like a dreamland, somewhere, not real … Imagine: only a trail, for a hundred miles, bordering the ocean, but suspended above it a thousand feet, clinging half-way up the side of the sea-wall, and that wall at an incredible angle of forty-five degrees, a green wall of grass and canyons with oaks, redwoods, pines, madronyos, bluejays, quail, deer, and to one side the blue ocean stretching away to China, and over all that an intense blue sky with eagles and vultures floating about … and nobody, no humans there, solitude, solitude, for miles and miles—why! In one place I walked thirty miles between one ranch and the next—what a wilderness, what beauty, it’s a dreamland — you must go there …”