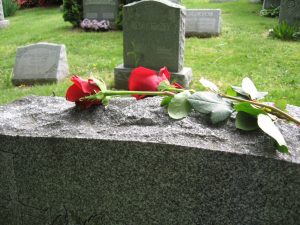 On a Saturday night in May of 2003, I was invited to perform a living room house concert in Modesto, California, with a handful of other musicians. Although we were all friends we had never performed a show together and weren’t really familiar with each other’s repertoires.

It was small crowd; it seemed there were as many of us performing as there were seated in the audience. Arriving late, about halfway through the show, a group of people seated themselves, more than doubling the size of the audience. Now the living room was full of people. Everybody was having a good time and they didn’t want the concert to end.

Surprised by the need for an encore, we scrambled to quickly come up a song we all knew well enough to perform together for a big finale. This small group of musicians had in common a love of bluegrass and old time country songs, so we settled upon a venerable old chestnut called “Will the Circle Be Unbroken.” Originally composed around 1908, with words by somebody named Ada R. Habershon, the song had been rewritten as a funeral hymn and set to a new melody in the 1930s by A.P. Carter, himself.

In the song, the singer witnesses their mother’s coffin being carried off for burial and wonders aloud if they will ever meet again in another world. The song has terrific chorus for group singing. So we tried to sing as many verses as we could remember, to give the audience as many opportunities as possible to learn the chorus and sing along:

“Will the circle be unbroken
By and by, Lord, by and by?
There’s a better home a-waiting
In the sky, Lord, in the sky.”

Now, I have learned, as a performing musician, that these old songs often have great emotional resonance with audience members and offer a sort of cathartic release. It’s not uncommon to see grown men and women wipe a tear from their eye during such an old song, revisiting memories of times and family members long gone.

But the group of folks who showed up late for the concert seemed to be having an emotional reaction to this song that was out of proportion to its emotional content. Unable to sing along, they were weeping copiously, holding one another, and heaving audible sobs.

We had never seen anything like this before. We’d all played for lots of different audiences, but this was the first time any of us had witnessed such a reaction to an old time song; such a keening and outpouring of grief.

Mid-song, the musicians exchanged furtive glances. We weren’t sure what to do. Should we stop singing? Should we keep going? Were we unwittingly subjecting certain audience members to severe emotional discomfort?

Filled with concern and trepidation, we ploughed though and finished the song. By this time, that group of folks who showed up late for the concert were holding their wet handkerchiefs, red-eyed and weary from crying. In the confined space of the living room, they were only a few yards away from where the musicians stood.

Self-consciously, I asked one of the women who had been weeping, “Are you OK? I apologize if you found that last song upsetting.”

With tears still streaming down her face, she stepped forward and clasped my hand in hers. “Oh no,” she said. “It was wonderful – it was just what we needed. We are the family of Chandra Levy. We’re in town to bury her remains in the Lakewood Memorial Park Cemetery. We thought that attending this concert might make us feel better. And it did. It really did.” As she smiled, a tear rolled down her cheek. She clasped my hand tightly. “Thank you all! Thank you so much!” The others in her party nodded in gratitude. And they went out into the night.

Chandra Ann Levy was a 24 year-old intern at the Federal Bureau of Prisons in Washington, D.C., who disappeared in May 2001. She was presumed murdered after her skeletal remains were found a year later. The police investigation revealed she was having an affair with a married California Congressman who was a senior member of the House Permanent Select Committee on Intelligence (he was never convicted). The case attracted attention from the American news media for years. We had all read about it in the newspaper and knew her name.

I learned something important that night about the job of being an entertainer. Get inside the song and inhabit it. Sing it like it like you lived every word of the lyric. You are not responsible for how it makes a given audience member feel. Deliver the song in such a way that you do not diminish its impact. Let each member of your audience have their own authentic emotional experience, whatever that may be. Do not attempt to pull your punches.

Categories: Performing.
« Better to Fail in Originality than to Succeed in Imitation?
Showmanship: The Persuasions Killed It »