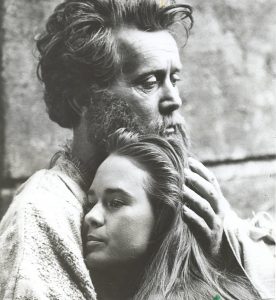 In November of 1984, I worked for a producer named Lewis Abel at a production company called Paulist Productions. It was run by an ordained Catholic priest named Father Ellwood E. “Bud” Kieser. Born in 1929, Father Kaiser was about 6’4″ and built like a football player. He’d called in all his Hollywood favors to get Martin Sheen, a devout Catholic, to play the title role in a really awful movie-of-the-week – an Easter special called, The Fourth Wiseman.

As a production assistant, I was getting paid fifty dollars a day. Each night, after the shooting was completed, I was offered an extra $35 to refuel the generator that provided electricity during the location filming.

This was a low-budget movie with perfectly dreadful dialogue and a second-rate crew. Having no clue what manner of fuel to put in this generator, I asked Greg, the gaffer’s best-boy. He was living in his van in the parking lot at the old Paramount Ranch on Cornell Road in Agoura Hills, in the western San Fernando Valley, where we were shooting. He told me to fill it up with super unleaded. Writing this important information down on my clipboard, I proceeded to tow the generator to the gas station.

The schedule for  The Fourth Wiseman involved a week of night shoots in mid-December. I remember the actor Ralph Bellamy, who at the time was more than 80 years old, had a splitting headache while they were shooting his scene at 3:00 a.m., and asked me to bring him two aspirins and a glass of water. 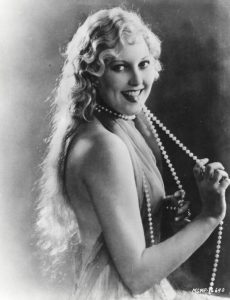 Paulist Productions’ offices at 17575 Pacific Coast Highway were in the same building that had housed Thelma Todd’s Sidewalk Cafe, half a century before. Thelma Todd – the Ice Cream Blonde – was a famous young film comedienne who appeared in one hundred and twenty feature films and shorts in less than a decade. She was under contract to Hal Roach, who co-starred her with Laurel and Hardy, Patsy Kelly and Zazu Pitts. Roach loaned her to Paramount, where she appeared with the four Marx Brothers in Monkey Business (1931) and Horsefeathers (1932), and to MGM, where she co-starred with James Durante and Buster Keaton.

Hal Roach invented something he called the “potato clause,” which he inserted into Thelma’s contract. It stipulated that if she gained more than five pounds, she was fired. As was common at the time, the studio provided Thelma with a refillable prescription for amphetamines to control her weight.

Thelma Todd’s Sidewalk Cafe on the Pacific Coast Highway opened in August of 1934 and became an overnight sensation – a popular and trendy destination for celebrities, gangsters, and tourists who liked to be seen with gangsters and celebrities.

On the morning of December 16, 1935, Thelma’s body was found in the garage, a block from the cafe, slumped over the wheel of her Lincoln convertible. The coroner ruled that it was a suicide caused by carbon monoxide poisoning. A grand jury found no evidence of foul play. She was twenty-nine years old. Thelma had daddy issues, drug and alcohol problems, and only dated abusive and controlling men. Legend has it that she was murdered by one of her lovers: the psychopathic mobster, Lucky Luciano (who reputedly ordered the hit while he was serving time on prostitution charges in New York); or her ex-husband Pat DiCicco; or Roland West, her partner in the Sidewalk Cafe.

I worked the night shift at Paulist Productions, assisting the film editor, Mark Goldberg. We often heard inexplicable noises in the wee small hours of the morning, when we were the only two people in the entire building. We attributed the supernatural noises to Thelma’s ghost, who frequented the place.

When I worked there four decades ago, the furnishing hadn’t changed much since Thelma’s era. But in 2015, the building was sold and remodeled into office space.

I hesitate to speculate how Thelma’s ghost is handling the situation.