“Truth is stranger than fiction, but it is because fiction is obliged to stick to possibilities; truth isn’t.” –Mark Twain 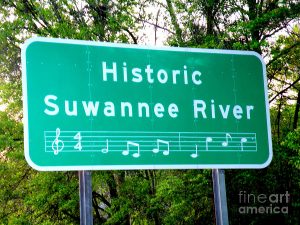 It was Tuesday, July 4, 1826, the fiftieth anniversary of the signing of the Declaration of Independence, and only two of the signers of that document were still alive: former Presidents Thomas Jefferson of Virginia and John Adams of Massachusetts.

Jefferson and Adams had once been close friends, personally and professionally. Later in life, they became professional adversaries and even enemies, representing diametrically opposing political ideologies. In their final year, these old friends – both widowers – overcame their differences and embarked on a friendly exchange of letters, a correspondence that continued for fourteen years.

They were the last surviving members of a generation of American patriots who had, against all odds, fought a war with the mighty British Empire and won.

Now, half a century later, American democracy had mutated into the kind of nasty partisan vitriol with which we are all too familiar today. Believe it or not, the presidential election of 1824 still ranks among the most contentious in American history. The contest between John Quincy Adams (the son of Johns Adams) and Andrew Jackson was so close that Adams narrowly won the presidency by a vote of the House of Representatives, long after remembered as “the corrupt bargain.”

Congress had just engaged in the first of many skirmishes over slavery, beginning the chain-reaction that resulted in the Missouri Compromise and later, the Civil War. In a short fifty years, American democracy had devolved into something very different from the ideals the revolutionary grandparents had fought and died for. John Adams and Thomas Jefferson were among the few remaining apostles of that generation of American patriots.

On that Tuesday evening, July 4, 1826, John Adams, age 90, lay on his bed at his family home in Quincy, Massachusetts, dying. Shortly after 6:00 p.m., he uttered his final words: “Jefferson lives!”

But he was wrong. A little before 1:00 p.m. on that same day, Thomas Jefferson, age 82, had died at his home in Virginia. The sitting president, John Quincy Adams, called the coincidence of their deaths on the nation’s anniversary “visible and palpable remarks of Divine Favor.”

And on that same day, Tuesday, July 4, 1826, at around noon, in the Lawrenceville neighborhood of Pittsburgh, Pennsylvania, Stephen Collins Foster, the greatest American composer of the 19th-century, was born. 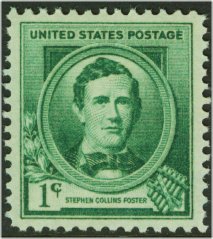 In the 1800s, before recorded music, consumers purchased published pages of paper sheet music. People made their own music in their homes, with their own hands and voices. Few songs by American composers were published before 1815, as copyright law at that time allowed American publishers to reprint English sheet music without paying a royalty. In the 1840s, if you sold 5,000 copies of a sheet music in the then twenty-four-United States, that was big business.

In 1846, twenty-year-old Stephen Foster dropped out of college and moved to Cincinnati, Ohio, to work as a bookkeeper in the office of his brother’s steamship company. There, in 1848 he wrote “Oh, Susanna,” which became the anthem of the Gold Rush and the most popular (and most parodied) song on the continent.

Though Foster only received $100 for his composition, “Oh, Susanna,” was copyrighted and published more than twenty times, selling over 100,000 copies. Stephen Foster became the first person in American history to quit his job to become a full-time professional songwriter.

Foster, “the father of American music,” wrote over two hundred songs; including “Oh! Susanna,” “Camptown Races,” “Way Down Upon The Swanee River,” “My Old Kentucky Home,” “Hard Times Come Again No More,” “Jeanie with the Light Brown Hair,” “Beautiful Dreamer,” and “Old Black Joe.” One hundred and fifty years later, his songs are still sung all over the United States and all over the world. Foster was the idol and inspiration for a generation of 20th-century songwriters including Irving Berlin and Hoagy Carmichael.

Stephen Foster was the youngest of ten children. His family did not support the abolition of slavery. He was a Yankee who never lived in the Southern United States.

Many of Foster’s songs were composed for entertainers working in the then wildly-popular blackface minstrel show. These songs employed an exaggerated, grotesque African-American dialect that, like many of the original lyrics, has become politically incorrect in our time: 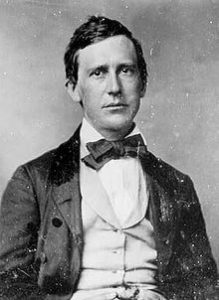 The earliest American example of a song lyric written in this dialect was published in 1812. So great was the popularity of the blackface minstrel show in Foster’s time, he quickly discovered that if he wrote a new song lyric in this exaggerated Negro dialect, it sold ten times as many copies than a song written in plain verse. However, in this century, you won’t hear anybody singing the second verse of “Oh, Susanna” the way it was originally published.

One hundred and fifty years ago, in an American population swelling with immigrants, the blackface minstrel show offered a comical, but nevertheless instructional reflection of the racial caste-system found throughout the American society – a society in which they hoped to assimilate. The minstrel show burlesqued the unjust, mistrustful, and forced relationship between blacks and whites in American culture.

In the autobiography he dictated in 1906, a few years before his death, Mark Twain remembered, “The minstrels appeared with coal-black hands and faces and their clothing was a loud and extravagant burlesque of the clothing worn by the plantation slave of the time… Standing collars were in fashion in that day and the minstrel appeared in a collar which engulfed and hid half of his head and projected so far forward that he could hardly see sideways over its points… His shoes were rusty and clumsy and cumbersome and five or six sizes too large for him… The minstrel troupes had good voices and both their solos and their choruses were a delight…”

As Foster’s songs were passed on from one generation to the next, the lyrics were changed to reflect the sensibilities of the time. Soon the Black dialect, as well as the offending words and verses were changed or omitted from the oral tradition by mindful parents, as well as the printed page. 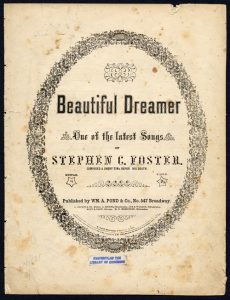 After years of alcohol abuse, on a cold day in January of 1864, two days after Senator John B. Henderson of Missouri proposed the 13th Amendment to the Constitution – the legislation intended to end legal slavery in the United States – thirty-seven-year old Stephen Foster died in Bellevue Hospital in New York City, penniless and alone. His leather wallet contained a scrap of paper on which was written, “Dear friends and gentle hearts,” along with 38 cents in Civil War scrip and three pennies. He is buried at the Allegheny Cemetery in Pittsburgh.

Although Foster published sixteen songs in 1862, the only one he wrote that year that is still sung today happens to be the one his publisher didn’t consider worthy of publication at the time. Two months after Foster’s death his publisher William Pond, in an act of opportunistic whim, published “Beautiful Dreamer,” falsely claiming it was Foster’s last song, “composed but a few days before his death.” It remains one of Foster’s most enduring compositions.