The Burning or Atlanta – Chapter Five 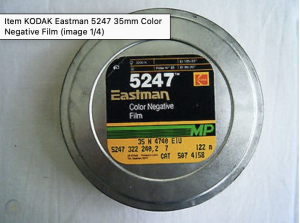 I made my living in the motion picture industry from 1982 to 1994. At a distance of a quarter of a century, I’ve come to realize that I had the good fortune to work in the business during a very sweet period in the medium’s history. Back before videotape replaced 16mm film, before cable television buried the three television networks that once dominated the airwaves, and back when there was still no substitute for 35 mm film – those were the days.

Unable to find much paying work during my first few months in Los Angeles, I worked for free as the second assistant director on a student film at the American Film Institute (AFI). The Expert, which starred Ronnie Cox, was about a doctor who worked on the executions in San Quentin’s gas chamber. The short film was directed by AFI student Don Petrie, who would later gain fame directing Mystic Pizza (1988). Don’s dad, director Dan Petrie had worked in television since 1949 and directed A Raisin in the Sun(1961) and Resurrection (1980). Don’s brother wrote the screenplay for Beverly Hills Cop (1984). 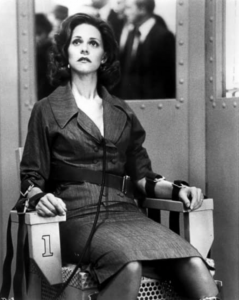 At that time, Universal Television wanted to remake the Susan Hayward feature, I Want To Live, with Lindsay Wagner, the Bionic Woman. The gas chamber at San Quentin had become so controversial, the state prison authorities didn’t want to cooperate with Universal Television and would not permit the studio art director to visit the gas chamber. However, they were willing to allow our little 16mm student film into San Quentin to photograph and map interior of the gas chamber.

Armed with these pictures and measurements, we were able to strike a deal with Universal Television. In exchange for our information, they would build the set on one of the soundstages over at MGM in Culver City, for their upcoming production of I Want To Live, and give us a week to shoot our gas chamber scenes on their set, free of charge. It was a great deal.

I cherish my own memories, having worked on the old soundstages at MGM, in the early 1980s, in the very buildings where theWizard of Oz and Gone With the Wind were shot.

I got to work with the old-timers who’d been in the industry since the earliest days of talking pictures. 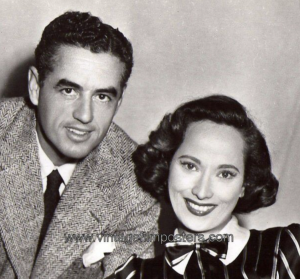 I remember the day in 1984, when we were shooting with the Hungarian-born cinematographer, Zoli Vidor, who was then in his seventies. Seated on the camera dolly, he turned his head away from the lens and said to me in his heavily accented Bela Lugosi voice, “Dispatch a production assistant to the residence of Charles Intrator to borrow the Obie Light.”

The Obie Light was a compact, subtle, three bulb apparatus invented during filming of The Lodger (1944) by the cinematographer Lucien Ballard. His wife, Merle Oberon, the star of the picture, had facial scars from a 1937 car accident and the Obie Light, mounted on the side of the camera – and a skillful make-up artist – made the scars on her face invisible on film.

I wonder if cinematographers still know about the Obie Light, and if they do, from whom does one borrow one in the 21st-century? 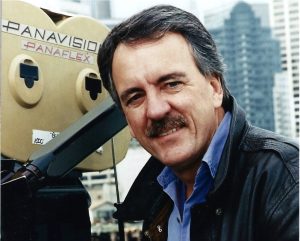 In the late 1980s, Stewart was working for Industrial Light & Magic (ILM), a division of Lucasfilm in Marin County’s Nicasio Valley, using a 1930s Technicolor 35mm motion picture camera called a “Technirama Three.” It had been converted to VistaVision wide-screen format in the 1950s and was one of the three-strip Technicolor cameras used on Star Trek II: The Wrath of Khan (1982).

At this time, ILM conducted tours of the stages, and on one of these tours, there was an old man with white hair, in his late seventies, who came onto the stage where Stewart was working with this camera. When he got a good look at the camera, the white-haired old man’s eyes lit up. He said to Stew, “Is that the Rama D-8?” Stew motioned for him to come closer to the vintage camera. The old man couldn’t believe his eyes.

“I can’t believe it!” he said. “That’s the very camera – the very one I used on Gone With the Wind!” 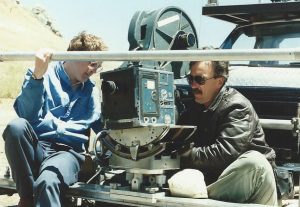 The white-haired old man turned to his family members who were with him on the ILM tour, to let them know that it was going to take a few minutes for him to tell his story. You could’ve heard a pin drop as everyone listened as the old MGM cameraman unfolded his tale.

“I was one of seven camera operators shooting the sequence of the Burning of Atlanta,” he began.

The Burning of Atlanta sequence was filmed on the Forty Acres backlot, on the first day of photography, December 10, 1938, in what would ultimately be the eventual one-hundred and-thirty-five-day shooting schedule for Gone With the Wind.

In 1935, David O. Selznick had leased RKO Radio Pictures’ Forty Acres backlot in Culver City, for his new production company, Selznick International Pictures. Selznick used this filming of the Burning of Atlanta as an opportunity to get rid of some old film sets, to make room for new set construction for Gone With the Wind. 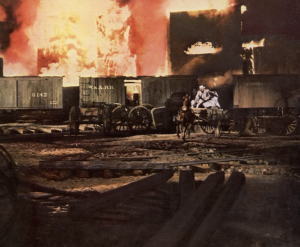 The Burning of Atlanta scene from “Gone With The Wind,” 1939.

They burned the sets from The Garden of Allah (1936), and the great wall set from King Kong (1933), originally built for Cecil B. DeMille’s The King of Kings (1927). Some residents of Culver City, unaware of what was happening, saw the flames and assumed the back lot was on fire, and jammed the telephones lines calling the fire department.

According to legend, on that first day of principal photography – after a year-long, nation-wide casting search for the actress to play Scarlett O’Hara – the producer David O. Selznick, still hadn’t hired an actress to play the part. Laurence Olivier’s fiancé, the British actress Vivien Leigh, had just arrived from London. She dropped by the set to visit her agent, Myron Selznick, the brother of the producer, David O. Selznick, during the filming of the Burning of Atlanta sequence. David Selznick took one look at her and realized he’d found his Scarlet. He signed her to a contract the following month.

The Burning of Atlanta sequence was directed by William Cameron Menzies, the brilliant production designer of Gone With the Wind. The sequence cost $25,000 and yielded 113 minutes of raw footage.

The white-haired old cameraman explained to Stewart Barbee and the people on the ILM tour, how, on the first day of filming, he was operating the selfsame camera that Stewart Barbee was using, forty-five years later. There were only seven 35 mm Technicolor motion picture cameras in Los Angeles in 1938, and every one of them was utilized to film Burning of Atlanta.

Only one of the seven Technicolor cameras on the set that day was capable of high-speed photography, and that was the one  the white-haired cameraman had operated. It had a 2,000 foot-roll of film in the magazine. He was shooting 96-frames per second, four times faster than normal speed. That meant that five and a half minutes after the Assistant Director yelled “Roll Camera,” he’d run out of film.

The assistant director called for each of the seven cameras to roll, simultaneously. The grips were running back and forth with propane torches trying to ignite the numerous propane burners that supplied the flames for the sequence. But it was taking quite a while for the sets to actually catch fire. 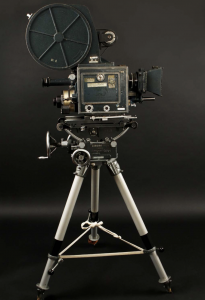 As the minutes ticked by, film was speeding through the camera, exposing 360 feet of film per minute. The old cameraman explained that he grew quite anxious when his camera assistant informed him that there was only 1,000 feet of film left in the magazine.

His camera assistant informed him they were down to just 300 feet of film. The cameraman was sweating bullets as the last of the film sped through the camera. Then, just when they were down to the final 100 feet of film, all the sets were finally engulfed in flames and the burning wall that once held back the Mighty Kong – the Eighth Wonder of the World – fell dramatically toward the camera.

At that moment they heard the familiar but ominous sound of the end of the film roll exiting the gate. The poor cameraman nearly had a heart attack – but he did get the shot. And you can see in the final film, where they cut away, the moment he ran out of film!