It’s hard to walk away from your dreams.

I haven’t worked in the film industry for decades. It wasn’t easy leaving it all behind. In an effort to get on with my life, I deleted the names and phone numbers of hundreds of beloved crew members from my rolodex. Ironically, I still remember quite a few of them.

Ultimately, I burned the many call sheets I had carefully preserved to document my work experience – saved for the day when I would apply for membership in the Director’s Guild of America. That day never came.

Thanks to so-called social media, I’ve reunited with a bunch of beloved former co-workers and crew members, many of whom I haven’t seen in ages.

I had the pleasure of working in the industry back when we still served the crew an excellent hot lunch on china plates with cloth napkins. We paid people their union rates plus fourteen percent pension and welfare benefits without hesitation. We usually flew first class and always stayed in excellent hotels. We ate in the best restaurants, and it was always paid for by the production company.

In hindsight, it was a pretty cushy existence.

Certain aspects of production were unimaginably easier in that time before September 11, 2001.

We would often show up at an airport with more than one hundred heavy and large anvil cases containing camera and sound gear. Today, the extra baggage charges would be cost-prohibitive.

But in those bygone days, I would just slip the Skycap a crisp one-hundred-dollar bill and he’d discreetly hand me a fistful of destination ID tags to attach to each case and look the other way. Then, the production assistants and I would quickly load our mountain of equipment cases out of the camera van and onto the moving conveyor belt, watching them disappear through the metal doors and down the chute.

It was just that easy. 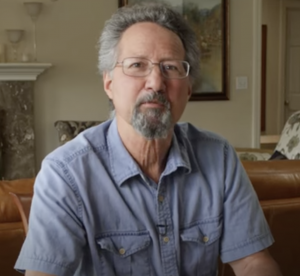 In those days, we made every effort to demonstrate to the crew members that their comfort and safety were our highest priority. It is true on every film shoot: you only have one opportunity to lose the morale of the crew. And once you’ve lost it, it’s a crapshoot whether you’ll ever actually get it back again.

For the freelance film community has a long memory.

Once, I worked on a movie-of-the-week for CBS Television called The Terry Sutton Story (1990). We filmed in and around the San Francisco Bay Area during the week of the great October 1989 Loma Prieta earthquake. The earthquake itself was a very stressful experience, and the difficulty of crossing the bay with the bridge out of commission – not to mention the fear and disruption experienced by their families – only taxed the crew members’ temperaments further.

It’s important to feed the crew before they get hungry and to give them a break before they are exhausted. One sunny autumn day, Jack Provost, the New York producer – a dyed-in-the-wool Manhattanite – worked the crew past the six-hour mandatory meal break. The crew was hungry, and they had been working hard.

As diplomatically as possible, I reminded Mr. Provost that we were in a meal penalty, as required by the union contract. But he made the executive decision to keep filming into the afternoon. When I shared this information with Rick Wise, the director of photography, he merely rolled his eyes.

The poor caterer, whose meal had been perfectly timed to be served at the now long-past appointed hour, stood stoically by for more than ninety minutes, cooling her heels, as the lunch wilted. More than an hour and half into the meal penalty, when the crew had not had anything to eat since breakfast, a certain stalwart member of the grip department, Steve Cardellini – a man of few words – walked quietly over to the generator and simply turned it off. (Steve Cardellini is the now famous inventor of an essential piece of motion picture hardware, the now-indispensable Cardellini Clamp.)

It was a genuine Yertle the Turtle moment, as all the lights and equipment on the set fell silent. Without a word the members of the crew got in line for the catered meal.

The caterer was pissed off for having waited so long to serve the meal, but she remained ever professional and polite. The wide-eyed New York producer Mr. Provost, also didn’t say a word, realizing how close he had come to a consensus mutiny. To the best of my knowledge, that was the last time he shot in the Bay Area.

In the late 1980s and early 1990s when I worked as a tv commercial producer, most of the film  shoots on which I worked, were still skewed toward the “good” and “fast” corners of the quality triangle, very rarely the “cheap”corner.

But by 1994, things were very different. Suddenly (or so it seemed) it seemed it was all about “fast” and “cheap. As Joe Ward, a retired first camera assistant explained it, “It all ended when it went digital.”

Mark Herzig, a veteran director/cameraman, who is still working in the trade, told me, “The changes in the film industry have dissolved the bonds of community. Although the pie is now bigger, it’s cut into too many small pieces. Producers are under constant pressure to cut costs. Almost overnight, this changed the way skilled labor and artistic sensibility are valued.

“Today, it’s all about the equipment – the gear. The younger crew members have invested in gear, instead of experience, craft, or skill. Producers think, ‘This is the gear we need: hire the cheapest guy who happens to own that gear.’

“The ‘content monster’ has grown so large, the demand for more and more programming is unending. I still work with people for whom I have respect and like. Unfortunately, they’re now more interested in what’s on the truck, rather than who’s on the truck. Certainly, fewer folks today have experience working with film – it’s mostly video, now. Yet there’s a prevailing misconception that those skills are no longer necessary in video production. The best crew members with film experience have retired.”

David Kirschner, a sound mixer in Los Angeles, who has worked in the industry for half a century told me, “Now every young sound man is a brand, with his own T-shirts, baseball caps, and logo key chains. The new sound men don’t even bother mixing the microphones – they leave that for the folks in post-production.”

“There’s no school for film technicians today,” Dick Dova admitted. “NAFTA drove work to Canada thirty years ago. A lot of producers perceive unions to be too expensive – they would rather forget the rules, just to save money.”

Jeff Vibes enjoyed a long career as a TV commercial production manager and producer. I recently asked him when he last worked on a job that was shooting film instead of digital. “Honestly,” he told me, “It’s been so long, I can’t remember.” 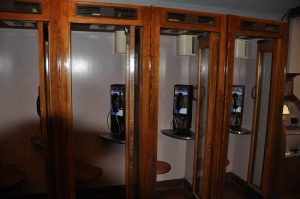 Forty years ago, before cellular telephones became commonplace, at the end of the shoot day, I would take tomorrow’s call sheet and half a dozen rolls of quarters, and park myself for several hours in a chair in front of a pay phone in the hotel lobby. I would proceed to call each crew member’s home and inform them of their call time for the next day. And often, when I finished my fifty phone calls, the first assistant director would walk down to the lobby and hand me a revised call sheet with different call times. And I’d make the fifty calls again.

My father was a first-generation American and career labor lawyer. He had a remarkable memory which served him well as an attorney. I inherited his gift for memorization and recollection. In that time before the internet and computers, my ability to quickly memorize and recall, proved to be my superpower on a film crew.

I could remember everyone’s rates and the cost of all rented equipment. I knew all 1,000 lines of the AICP commercial production budget by heart, what everybody’s rate was, and what all the gear cost to rent. At the end of a job, I could look at every one of several hundred receipts in my petty-cash envelope and recollect each purchase in detail. In the production office (and in my home) I kept about ten linear feet of white and yellow pages – a library of telephone directories from all the surrounding counties – the internet of 1988. Not that I used them very often, as I was able to catalog thousands of telephone numbers in my brain. The production assistants who worked with me wouldn’t bother to take the time to look up telephone numbers when they were needed. Using me as a search engine, they would simply ask me to recite any ten-digit phone number on demand.

“Adam – what’s Rob Lieberman’s girlfriend’s phone number – not her apartment, but her beach house?” And I never had any difficulty remembering. 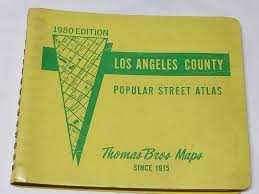 In that time before the GPS and the cel phone, when the fax machine was still the revolutionary technology of the day, the production department had to produce a map with directions, mileage, and distances to each, and every location in the shooting schedule. The only way to accomplish this in a foolproof manner was to actually drive the entire route, with the Thomas Brothers map book in hand, noting the driving time, landmarks, turns, and tenths of a mile. Then you’d head back to the production office with all of your notes, type them out on an IBM Selectric typewriter, cut up an Automobile Club of America roadmap, and carefully paste together a printable, faxable 8 1/2 x 11″ map – one for each and every location, portal to portal. It took hours and sometimes days.

I tell people today– only half-jokingly – that, as a motion picture production manager, I was replaced by Google, GPS, and Siri. Today, a smart phone can do everything I did except sweep the stage.

Categories: I Am the Light, He is the Shadow.
« Goodnight, Mr. Sun! – Chapter Seventeen
Icarus – Chapter Twenty »