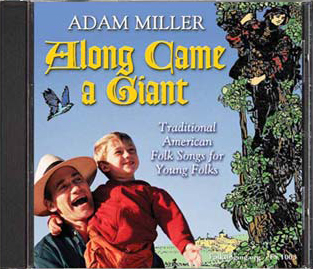 My chosen profession is not without its rewards.

I performed a Christmas concert in December and, when it was over, a tall young man in his early twenties approached the CD table.

“Mr. Miller,” he began, “You won’t recognize me, but you played at the library in Placerville, California, about fifteen years ago, when I was a little kid. We bought your CD: Along Came a Giant – Traditional American Folksong for Young Folks.

“And,” the young man’s mother added, “He still knows all the words to all the songs on that album!”

Motioning toward his teenage sisters standing nearby, the young man explained, “They were at that concert, too, but they were just toddlers.”

“Thanks!” I told him, “You made my day. And you’ve validated the past twenty years of touring and performing. That’s more than I had ever hoped for!”

Nice work if you can get it!

Categories: Uncategorized.
« Political Correctness and Traditional Folksongs: Can They Exist in the Same Time and Space?
Running Away From Home »