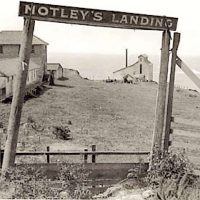 In the days when my work involved a lot of travel, I once visited a remote community of a few hundred souls who lived on an island in Alaska that was only accessible by aircraft, or by a ferry that came twice a month. Upon my arrival, I was greeted by a local schoolteacher who shook my hand and said, “You’re not from here – ’cause if you were, I would recognize your face.” One might have been met by such a greeting in 19th-century Big Sur, and it would still be appropriate on many parts of the coast today. The residents of the southern Monterey County share in common a predisposition for self-sufficiency, an appreciation of the natural environment, and a genuine ambivalence toward outsiders. At first, there were very few neighbors. The 1879 the voter registration roll for the Sur precinct listed just twenty-six men. All were identified Continue Reading 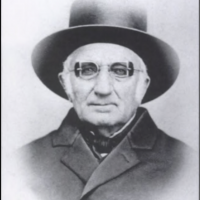 From 1797 until 1833, the San Carlos Borroméo de Carmelo (the Carmel Mission) was the headquarters of all of the Spanish missions in Alta California. Mexico declared its independence from Spain on September 28, 1821. Two years later, a new constitution established the Federal Republic of Mexico, and the town of Monterey became the military capital of the Alta California territory. Two hundred years ago, news traveled slowly. Reports of Mexico’s independence didn’t reach California for seven months. When it finally did arrive, the converted Indians living at the twenty-one California missions were never actually informed of their new political freedom. According to some accounts, conditions for the Indians worsened after the Mexican government came to power. Though the Spanish priests were replaced by padres trained in Mexico, it would be another decade before the Indians were released from their enslavement at the missions Half a century after their inception, each Continue Reading 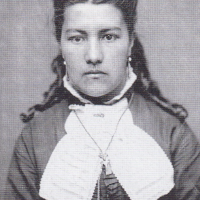 Not For Sale At Any Price – Early Homesteaders in Big Sur

Big Sur was then, as it is now, an ethnically blended and multi-lingual community. In the early 1860s, a couple of vaqueros who worked at Captain Cooper’s ranch, Manuel Innocente, a Chumash Indian, and David Castro, homesteaded near Rancho El Sur. They say that the only other inhabitant of the Big Sur Valley at this time, was a hermit named John Davis, who is said to have filed his claim in 1853. In 1848, a Yankee sailor named William Brainard Post, arrived on the coast. Born in 1830, Post was the son of a retired Essex, Connecticut, sea captain, and his ancestors had come to America on the Mayflower. Before moving to Big Sur, Bill Post farmed in the Carmel Valley. One day, while visiting Loretta and James Meadows at their Carmel Valley ranch, he met Loretta’ thirty-year-old sister, Anselma, who was of Rumsen-Esselen descent. Bill and Anselma were married Continue Reading 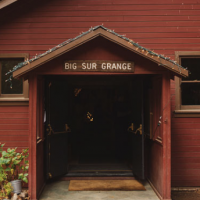 Where the Mountains Hold Back the Sea

My earliest memory of Big Sur is the time my mother drove my brother and me down the coast in her new white 1970 Volvo station-wagon, to the home of Bill Pentony who lived on the Big Sur coast, and whose house had access to a private beach. Dr. Rex Whitworth, my pediatrician, was there with his son, Chris, who was my classmate in Mr. Hayes’ fifth-grade class at Forest Grove Elementary School. Jud Vandevere – known locally as “Mr. Sea Otter” – was there with his wife Joyce, their son Keith, and his little sister, Gwen. The kids swam in the cold Pacific surf until dinner time with the few adults who would brave the frigid seawater. After dinner we attended a performance by folksinger Sam Hinton at the Big Sur Grange Hall. I recognized Mr. Hinton as one of the adults who had been swimming with us on Continue Reading 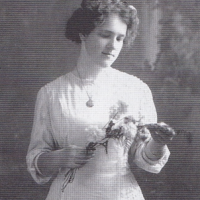 Early Homesteaders in Big Sur – A Free Life, Not Crowded

John James Swetman was born in Culpeper County, Virginia, in 1811. In late 1830s, he and his wife, Rebecca Osborne, travelled west to Kentucky, where they farmed and raised a family. Their second son was born in 1846. They named him Isaac Newton Swetnam, after the great British mathematician and physicist. In 1864, after the death of his mother, eighteen-year-old Isaac Newton Swetnam enlisted in the United States Navy to fight on behalf of the Union in the American Civil War. He served as a landsman (the lowest rank in the U. S. Navy) on the ironclad river gunboat Carondelet, as well as the steamer Great Western, and the side-wheel steamer Grampus. On Sunday, July 3, 1870, Isaac Newton Swetnam married 21-year-old Ellen Jane Lawson in Wolfe County, Kentucky. Their first child, a daughter named Zulema Florence, was born in Kentucky on July 7, 1871. When Zulema was five years old, Isaac Swetnam said goodbye to his father, Continue Reading 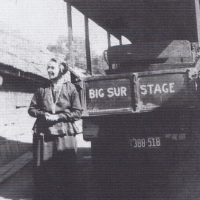 A Prison Becomes a Home If You Have the Key

For centuries, residents living in the most inaccessible and remote American communities found the services of United States Postal Service essential to their way of life. Delivering the mail in Big Sur was no mean feat. The first motor drawn mail stage wasn’t purchased until 1923. If the coast road was blocked by winter landslides and flooding and the stage couldn’t get through, the mail had to be delivered on horseback. In the days before a local post office, whoever happened to be coming down the coast would bring the mail with them. Often weeks went by without anyone making the trip. Folks living on the southern part of the coast, in Pacific Valley and Gorda, had to go all the way to Jolon to pick up their mail, staying overnight at the Tidball Hotel. In 1890, the first official post office in Gorda, California, was established in Byron Plaskett’s Continue Reading 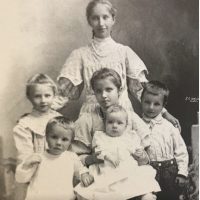 Seeing the Elephant – The Pfeiffers of Big Sur

Sébastien Pfeiffer was born in Dolving, Moselle, Lorraine, France, in 1794. His wife, Catherine Vetzer was born in Haut-Clocher, Moselle, Alsace-Champagne-Ardenne-Lorraine, in 1795. They married in 1819. Around 1830, Sébastien and Catherine and their five children immigrated to southwestern Illinois. Their son, Michael Sebastian Pfeiffer, was born on September 18, 1832, in St. Clair County, Illinois. According to family legend, as young men, the three Pfeiffer brothers, Michael, Joseph, and Alexander, came west with the Gold Rush and worked in the gold fields of Sierra County, in eastern California at the Nevada border. Joseph and Alexander stayed in California, but Michael Pfeiffer returned to Illinois, where he married sixteen-year-old, Barbara Laquet on April 14, 1859. She was born in Givrycourt, France, and had immigrated to southwestern Illinois in the 1840s, with her parents, Christophe Laquet and Marie Bonicho. In 1858, entrepreneur named John Butterfield was awarded the $600,000 a year Continue Reading 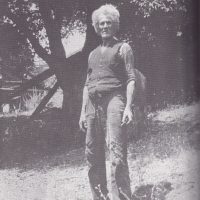 The Hermit of the Little Sur 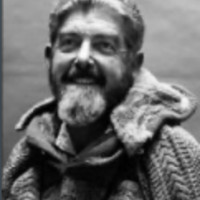 The Old Man of the Sea – Remembering Jud Vandevere

After the First World War, the Big Sur area was as sparsely populated as it had been in the 1870s, before the industrial boom brought hundreds of lumberjacks, millworkers, lime kiln workers, and miners into the Santa Lucia Mountains. Abandoned mine shafts, broken boat landings, rotting lime barrels, and crumbling cabins were now part of the landscape. Bixby Landing was deserted: the three-mile aerial tramway that once transported lime down to the canyon was in ruins. Not far from the crumbling lime kiln were the disintegrating shacks where hundreds of immigrant workers had once made their homes – the Italian village on one side of the creek and the Japanese village on the opposite side ­– the decaying walls of their cabins papered with the yellowed pages of Japanese-language newspapers. At the end of the 19th century, the Ventana Power Company operated a sawmill near John Pfeiffer’s homestead (present-day Pfeiffer Continue Reading 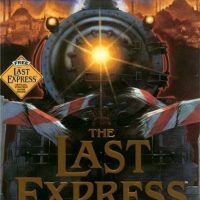 I had very few offers for work in 1994. My phone had just stopped ringing. After a decade of steady freelance work, now months went by between jobs. I wondered what I was doing wrong. While I was home waiting for the phone to ring, I got an offer for a five-week job as the first assistant director on a 16mm shoot for a new computer game called, The Last Express, being produced by Smoking Car Productions in San Francisco. I was wholly unfamiliar with computer games. I had never played one. Although the job paid less than half my usual rate, aspects of this project intrigued me. After years spent making thirty-second TV commercials, this was a very different assignment. The Last Express was the brainchild on a fellow named Jordan Mechner. He’d made his name in computer games by filming his brother and rotoscoping the images to produce Continue Reading