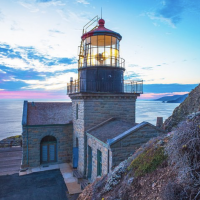 Point Sur – The Worst Possible Place for a Shipwreck

Laurie S. Harmon was born in Machais, on the northern coast of Maine, in 1840. After the death of her first husband, Francis Longfellow, she traveled to San Francisco to visit her brother. In the days before the opening of the transcontinental railroad and the Panama Canal, there were only two ways to get from Maine to San Francisco (3,000 miles, as the crow flies), and both were extremely strenuous and required months of travel. One could endure a lengthy and bumpy stagecoach crossing, or a take a ship around the horn – a long and dangerous journey through one of the most treacherous maritime passages in the world. Laurie Harmon’s granddaughter, Mildred E. Millington of Monterey, described Harmon (who lived to be 93 years-old) as “a fire of a little woman, about as big as a minute, who was busy all the time.” In San Francisco, Laurie met a Continue Reading 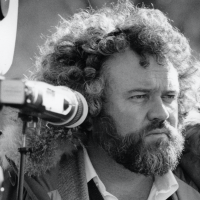 Repaying My Debt to the Industry

Forty years ago, just out of my teenage years, I moved to Los Angeles to break into the motion picture industry. Through sheer coincidence, my aunt’s husband happened to be the childhood friend of Allen Daviau, a  professional cinematographer. Shortly after my arrival in Southern California, Allen Daviau, told me something that I’ll never forget. Emphasizing the importance of punctuality in the motion picture profession, he told me: “If you’re fifteen minutes early for call time – you’re twenty minutes late.” In an industry where the milk of human kindness is in short supply, Allen Daviau (rhymes with Flavio) displayed a generosity of spirit that has never been equaled. At first, I believed that this was because he thought I was special. But as the years went by, I spoke to many others in the trade and discovered it was just his way of handling people. Everybody had their own Continue Reading